The fan votes have been tallied for the 2014 NBA All-Star Game and the starters have been announced, picking the All-Star reserves is the hard part and with those selections are where the majority of the complaints are voiced. There should really be no bickering about the starters because the game is for the fans and they vote who they want to see. 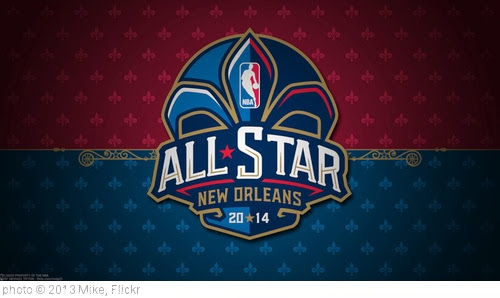 The reserves however, should only be chosen based on merit
The coaches choose who the seven reserves are for their respective conference, and are given certain guidelines that need to be followed in order for the roster to be filled out:
Players must be ranked in specific order of preference in three categories.


With that caveat, I give you my choices for All Star reserves.

The Western Conference All Stars as voted by the fans are Kobe Bryant (injured), Stephen Curry, Kevin Durant, Blake Griffin, and Kevin Love.

Backcourt 1 - James Harden  He's the league's top scoring guard, gets to the cup and splashes from deep, and he's also a quality playmaker that drops over five dimes on the regular.

Backcourt 2 - Tony Parker  He's really one of the most under-appreciated of this era. A very efficient scorer, he shoots over 51% from the field and 43% from deep.

Frontcourt 1 - Lamarcus Aldridge  Finally living up to the promise that most scouts saw in him prior to being drafted. He's having a career year while leading the surprise team in the West in scoring and rebounding at 24.2 and 11.2 respectively.

Frontcourt 2 - Dwight Howard  Other than having some of his defensive numbers lower than usual, he's doing what he's always done, albeit less of an impact on his current team.

Frontcourt 3 - Anthony Davis  Here's a guy that is living up to every expectation of him and some, as he's an impact player on both ends of the court.

Wildcard 1 - Damian Lillard  I would have thought due to the rise of Aldridge that his assists would be up but they've taken a dip. Nevertheless, when you win games like his team has, he's earned his spot here.

Wildcard 2 - Chris Paul Until it's confirmed that he won't be back in time, the last spot belongs to the best point guard of this era.

*It's likely Kobe Bryant won't participate on the court, therefore incoming commissioner Adam Silver will choose his replacement. Dirk Nowitzki should receive the nod here, as it is likely he won't see another one of these games.

The Eastern Conference All Stars as voted by the fans are Kyrie Irving, Dwyane Wade, Lebron James, Paul George, and Carmelo Anthony.

Backcourt 1 - John Wall I don't know what USAB was thinking when they left Wall out of the 28 player pool for international play but he's clearly the best point guard in the Eastern Conference this season. one of only two players in the entire league averaging 20 points and 8 assists per game.

Backcourt 2 - Demar Derozan The go-to player on a division leading team is putting up decent numbers this season. His style of play is perfectly suited for this type of wide open game.

Frontcourt 1 - Roy Hibbert  This should be an automatic choice for coaches. Roy is the defensive anchor on the conference's best team and leading candidate for DPOY.

Frontcourt 2 - Joakim Noah  This team needs size, besides, there's not much too choose from due to injuries and poor performance. In any case, Noah is still worthy of a nod .

Frontcourt 3 - Chris Bosh  He's a player that I feel doesn't get enough credit for Miami's success. While the other two guys have taken days off, Bosh has been the glue.

Wildcard 1 - Paul Millsap  The under the radar signing of the summer has picked up the slack and filled the void that Al Horford's injury created. Winning has to be rewarded and Millsap is making an impact.

Wildcard 2 - Jeff Teague  This was the toughest choice to make on either roster but without this man, we'll be talking about Atlanta as one of the teams playing for a top draft pick.

DeMarcus Cousins is having a career year, even having a better all around season than D12. Him being left off of the team is a direct result of last year's rule change that removed the center position from voting consideration, lumping them with forwards. Unfortunately his performance failing to translate to team success is what does him in at the end.

Lance Stephenson's play in the backcourt for Indiana is one of the main reasons for their success. However I asked myself if the numbers he's putting up weren't for the conference's number one team, "would I even consider him?", that answer would be no.

This conversation about who got snubbed and who belongs is always a hot topic.  Join the discussion by voicing your opinion in the comments section below.

Posted by Darrel Wilson at 6:00 PM No comments:

The NBA’s First Trimester From A to Z

I published this earlier for The Pick and Roll.

There’s much to discuss about this fantastic NBA season thus far, and it’s hard to know what’s really going on by just checking box scores. So allow me to make it easy for you by giving you a tour of the NBA’s first trimester, from A to Z.

Read more »
Posted by Darrel Wilson at 6:00 PM No comments: