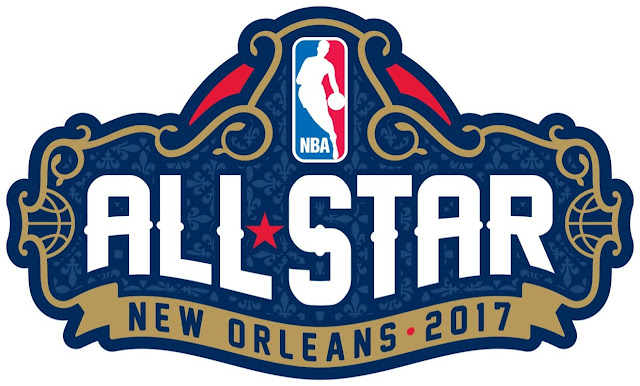 The 2017 NBA All-Star Reserves will be announced tonight, January 26, on TNT. The coaches choice trump what anyone else thinks in this regard but let me get these predictions off real quick, anyway. The criteria is two guards and three front court players are required, plus two regardless of the position. 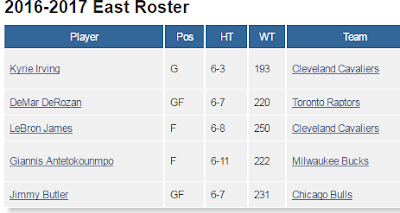 Posted by Darrel Wilson at 12:51 PM No comments:

Forward Temidayo Yussuf led the 49ers with 25 points on the night. The sophomore big man could not be contained, as he shot 10-12 from the field.  With the 49ers clinging on to a two-point lead with close to a minute left, they went to what worked for them all night long – pounded it inside to Yussuf.

“I was trying to bring him back [into the game earlier] but every time there was a dead ball, we were on the defensive end,” said Long Beach State Head Coach Dan Monson.

The 49ers won both games against the Gauchos last season, and were desperate to get this much-needed victory to boost their confidence and move up in the Big West standings. To say Long Beach State has fallen short of expectations is an understatement; they were the consensus choice to win the league.

“The biggest thing for this team right now was to get the taste of some wins,” said Monson. “And that was a good taste for them. Hopefully, we can build on it.”

Yussuf was the main offense for Long Beach State in the early going; he scored 10 of his team’s first 18 points in the game.  Yussuf’s physical play wore down the Gauchos; his aggressiveness set the tone for 49er guards to take over the game.

“It was more of me getting into the flow of it,” said Yussuf. “Once we focus in and lock in as a team, we’re pretty much the best team in the league.”

Not to be outdone by his teammates, Blackwell also made a three, this one on the break; he had a final stat line of 14 points, four rebounds, and four assists. Yussuf scored his 10th point in the mix of that sequence, and by the end of it, the 49ers found themselves in control of the game after a 15-2 run.

The Gauchos took advantage of 14 made free throws in the first half to stay within 10 points at the break.
The second half opened up similar to start of the game, with the 49ers dumping it inside. This time it was to Roschon Prince, who finished with 14 points and a game-leading 10 boards.

Gauchos’ guard, Gabe Vincent, got hot early in the second half after not making a basket in the first period and kept Gauchos in game; he made four of five baskets early in the half and tagged his backcourt mate Eric Childress, who took over and scored nine points in four-minute span, including a personal 6-0 run to draw the game even, at 68. Vincent then fouled out at 4:35 mark.

“We weren’t even trying to attack him. I didn’t know he had four fouls,” said Monson. “He’s an all-league player… he didn’t have a field goal in the first half but a good player like that, he sees one go down… and that lit him up.”

The lead changed twice over the next two minutes. A pair of free throws by Prince put the 49ers up 76-74. With the game still in balance and tension in the arena, the home team needed to go to what was working well for most of the night – Yussuf.  The big man went up strong to convert a layup with two Gauchos draped on him to put 49ers up by four and secured a win.