See, What Had Happened Was... Soccer Edition

See what had happened was... the very first piece I wrote for this blog was about my love for soccer and how I became a fan.  As the season winds down, we take a look back at some of things that have kept my fandom going strong.  England has provided a very exciting backdrop as of late.  The world’s most popular sport was on full display.  Whether it was exhibiting the quality of their top league’s competition on it's season's last day or hosting the championship match of Europe’s Premier tournament, those aligned to the union were quite spoiled.  Even play in the United States has been newsworthy.  Here's a look at some of the events that transpired...

See, what had happened was... this years English Premier League season came to a spectacular finish.   Sunday May 19th brought us Matchday 38, Manchester United and Manchester City had the top two places solidified but three of the London clubs were jockeying for the other key positions at the top of the table.  Tottenham HotSpur needed to get three points with a home win versus Sunderland; but they also needed Newcastle United to take get one point from Arsenal, which means they had to get a draw. Arsenal scored a goal early in their match, so all they had to do was defend the rest of the way. Tottenham on the other hand was struggling score until Gareth Bale did so in dramatic fashion to lead his side to a win.  However, a Spurs win wasn't enough as Newcastle failed get the ball inside the net and Arsenal secured at least 4th place.  Meanwhile, Chelsea had to get a win to finish in 3rd or else the Arsenal victory would mean that the Blues would fall to 4th place. The top four EPL teams play in the UEFA Champions League the following season. The difference between 3rd and 4th is that the 4th place club has to play qualifying matches; if a club doesn't fair well in qualifying they'll have to play in the 2nd tier Europa League...


See, what had happened was... last season Chelsea didn't finish in the top four but they ended up being crowned the best in Europe after they won the Champions League trophy.  I know it's strange see how that might be possible, but as I mentioned before the result of the current season qualifies you for UCL the next season; the current UCL participants are based on their finish from the previous season.  So its definitely possible that a  weak club that doesn't deserve to be playing in UCL based on their current form will.  So anyway, Chelsea ended up defeating Benfica with a stoppage time header by Branislav Ivanovic in the Europa League final.  With the win, Chelsea claims the distinction of being the first club in history to hold both the Champions League and Europa League trophies at the same time.  They would only be able to claim both for 10 days because... 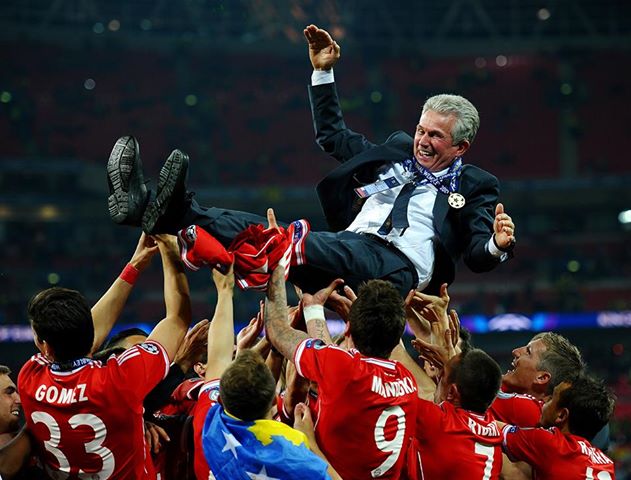 See, what had happened was... the club Chelsea defeated in the 2012 Champions League final, Bayern Munich, was back at it again.  This time Bayern Munich were paired against German rivals, Borussia Dortmund, in a what was the 1st time that two Bundesliga sides faced each other in the UCL final.  The 90 minutes of this match was basically played in three stages. The 1st 30 minutes were completely dominated by the underdog BVB side, but they failed to get on scoreboard after several shots at the FC Bayern goal. The 2nd 30 minutes saw The Reds get back into the match as the clubs traded scoring chances thwarted by remarkable saves by both goalies at each side of halftime. The final 30 minutes was footballing at its finest, as their was non-stop action back and forth. FC Hollywood opened up the scoring when Arjen Robben crossed to Mario Mandzukic for a tap in.  Shortly after, Dortmund equalized on a penalty kick by Ilkay Gundogan.  The entertainment featured more great saves and good play from both sides, the match seemed destined for overtime until Robben collected a long ball in the 89th minute.  Robben dribbled away from the defender and calmly slid the ball past the Dortmund goal keeper for the win.  The 2-1 victory sends manager Jupp Heynckes off into retirement with his second UEFA Champions League trophy.  He is being replaced by Pep Guardiola, who took a year off from managing after winning two UCL trophies in four seasons with FC Barcelona...

See, what had happened was... in the midst of all of the excitement of the UEFA Champions League final, a 21 year old Brazillian superstar announced he was signing with Spanish giants FC Barcelona.  Barcelona is lead on the pitch by Lionel Messi, widely recognized as the best forward in the world, who has been shattering all of the goal scoring records in Europe.  Opposing clubs, when facing Barca, try to prevent them from scoring by giving extra defensive attention to Messi.  The Blaugrana is easily the best side when it comes to passing and keeping possession but outside of Messi, they've had problems with getting goals.   Queue in Neymar, the next player in the lineage of lethal showmen from Brazil, he will surely either attract defenders from Messi or make them pay for leaving one man on him when he receives the ball in the final 3rd.  Neymar reportedly turned down twice the amount of money from other big clubs like Manchester City, FC Bayern, and Real Madrid to sign with Barca.  This looks like a the perfect formula created in the Blaugrana's lab, but the chemistry on the pitch is yet to be seen.  Watch his highlight video below... 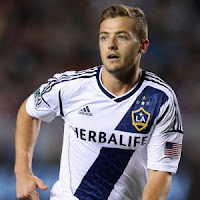 See, what had happened was... a few weeks ago, I touched briefly on the subject of NBA player Jason Collins becoming the first active athlete in a major American sport to publicize that he lives a homosexual lifestyle.  The reaction to this has been largely positive, and Collins has handled it well. Robbie Rogers on the other hand has had a different road, but it all leads to the same positive place. Although he was credited by Collins for having ‘blazed a trail’, Rogers didn’t find it very easy to come to grips with his reality.  Upon revealing he was homosexual, Rogers decided to retire from the circuit. He was concerned about the ‘circus’ that would surround his play, be it from the media, the fans or both.  After a speaking stint at an LGBT event in Portland, Oregon, Rogers had a change of heart.  If children were standing up for what they believed in, he could too.  He took the little bit of room that was given by the positivity Jason Collins had received, coupled that with the courage displayed by the children in Portland and returned from retirement.  On May 25th, Robbie Rogers made his debut for the LA Galaxy, becoming the first openly gay athlete to compete in a North American professional sports league.  His triumphant return to the pitch finally gave the United States a prominent voice in the soccer world.