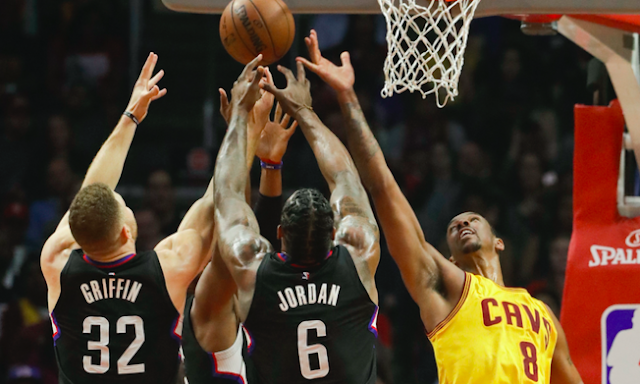 LOS ANGELES — The Los Angeles Clippers were gift-wrapped a 108-78 win over the Cleveland Cavaliers on Saturday night. Shortly before the start of the game, the Cavaliers announced their star players would not be playing in this game due to rest.

“It’s a different game without Lebron, Kyrie, and Kevin playing, obviously,” said Griffin. “We’re not going to pretend like it’s not. But at the end of the day, you still have to go out and execute.”

It took the Clippers a quarter and a half to finally separate themselves from the short-handed Cavaliers and ease the stress of the home crowd. As they took control of the game by scoring 13 unanswered points, Cav’s coach Tyronn Lue resorted to intentionally fouling Jordan for on possession; Jordan split the pair of free throws and Lue didn’t go back to the well. That was the turning point of the game, as Cleveland didn’t have enough its arsenal to challenge the Clippers on the scoreboard.

“Guys started making shots,” said Chris Paul, who didn’t make a field goal in the game for the seventh time in his career. “I still didn’t, but I think our defense got a little better, we started getting out in transition defense.”

Griffin put an exclamation on the Clippers’ second quarter dominance with two seconds left in the first half when he caught the Cavs sleeping and came unimpeded down the lane to rebound a DeAndre Jordan missed free throw with an emphatic put-back dunk. The Clippers led 47-31 at the half and never looked back.

“The ball just kind of took several bounces, a couple of more bounces than any of us thought and I just happened to be there… I just got lucky,” said Griffin. “Our trust was high tonight, that is what I like the most.”

Even with Cleveland’s big three sitting out this game for rest, the Clippers’ recent defensive woes surfaced when Iman Shumpert sank an open 19-foot jumper then drove for an uncontested layup for the games first two baskets.

However, the home team quickly got their affairs in order as they forced and took advantage of seven empty possessions to go on a 12-0 run.  The Cavs responded with a 14-2 run of their own, holding the Clippers scoreless for the final 3:28 of the period, to lead 16-14 after the first quarter.

The Clippers entered the game as losers of three straight and in sixth place in the Western Conference standings. Oklahoma City tied them with the same record but was in fifth place due to a tiebreaker. It was a much-needed win for Los Angeles, who play three beatable opponents in the Knicks, Lakers, and the Mavericks next on the schedule before playing the fourth-place Utah Jazz next Saturday, March 25.