One week left in the season, let's see how they stack up. 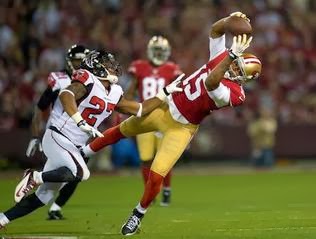 1.  Seattle  No longer invincible at home but still belongs on top. They're going to need to figure out how to loosen up defenses for their run game.

2.  Denver  There shouldn't be a question about who the best regular season quarterback of All-Time is. The defense is hurting for certain, with no signs of improvement.

3.  Carolina  Cam delivered when his team needed him most in a big game.  The epitome of controlling the clock.

4.  New England  I’m not exactly sure what it was, but a statement was made. Teams will have to be on their A+ game to knock them off.

5.  San Francisco  Were on their way to catching an L until a #3 receiver bailed them out with a drop.  Still not a believer, but this team is definitely rounding into shape in time for another Super Bowl run.

6.  Cincinnati  One of three teams with undefeated home record. Win at home this week and they get to host at least one playoff game and eliminate their rivals at the same time.

7.  Kansas City  The Chiefs are locked into the 5 seed with nothing to play for except making sure San Diego is eliminated. Most of their key players will be rested in the final week.

8.  Indianapolis  Still don’t know what to expect from them because they win the big games but lose when expected to win. They need to not play down to the level of their opponent this week.

9.  New Orleans  In jeopardy of missing the playoffs completely. Tampa would love to spoil and won’t make it easy for them.

10. Philadelphia  All that needs to be done is defeat the division rivals and their magical run continues. It won't be easy as all pressure is now on them because of the Tony Romo injury.
Posted by Darrel Wilson at 9:00 AM