Not much has changed from last week.  Although, the Chiefs, Broncos, Patriots, and Seahawks looked shaky in their wins, none of the previous top 10 lost. 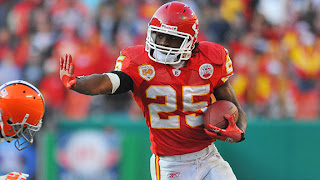 1.  Kansas City   They continue to not lose to the teams on their schedule. It's crazy to see the lack of respect this team as a whole gets because nobody believes in their shoddy quarterback.

2.  Denver  Defense stepped up when things looked cloudy. Peyton Manning still magical. They get a bye week to fine tune things on defense and heal up.

3.  New Orleans  Drew Brees continues to put up crazy numbers but they're still searching for a run game.  As improved as their defense is, they won't be able to salt out games without a ground attack.

4.  Seattle   This is such a flawed powerhouse team. Their offensive line is a major concern.  They won't be able to beat teams that are playing well on defense  with this offense they're executing.

5.  Indianapolis  I hope Trent Richardson caught up on playbook during bye week, they're gonna need him to perform because Reggie Wayne's loss crippled the passing offense.

6.  Cincinnati  Andy Dalton is starting to silence his critics and Marvin Lewis's name is not being mentioned often enough when the best coaches are discussed.

7.  San Francisco  Simple is better. Hit. Run. Run to the ball. Hit.  I've had my concerns about them early on.  They can return to the Super Bowl if they can improve their passing game.

8.  Green Bay  Even when down receivers, Rodgers' job is easier when opposing defenses has to account for run game.  Their own defense has improved, even without Matthews.

9.  New England  They always figure things out. Down 14 at halftime, they shut out their division rivals in the second half for a 10 point win.


10. Carolina  They've given up 3 points in the first quarter all season. They've won four of the last five games after an 0-2 start. Playing under the radar, they'd be deadly if Cam had better weapons.