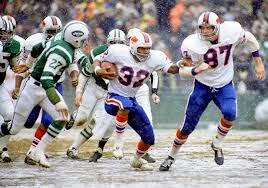 Head coach Doug Marrone came into the league with a reputation of a coach that has an affinity for the ground game, and run the ball is what his team did. The Bills led the league in rushing attempts and were second in rushing yards. This season will bring us more of the same as their first round quarterback from last season still needs to be developed.

QB:  The light hasn't turned on yet for EJ Manuel. The arm strength is there but he often has mental lapses when it comes to making the proper reads on plays; it's not a coincidence that this team runs the ball as often as they do. On the positive side, Manuel is athletic and has the capability to extend plays with his legs, which is always good for fantasy.

Kyle Orton is being paid handsomely to be on stand by.  There is enough talent on this team to make him a plug and play quarterbacks. He should be picked up in deep 2-quarterback leagues. 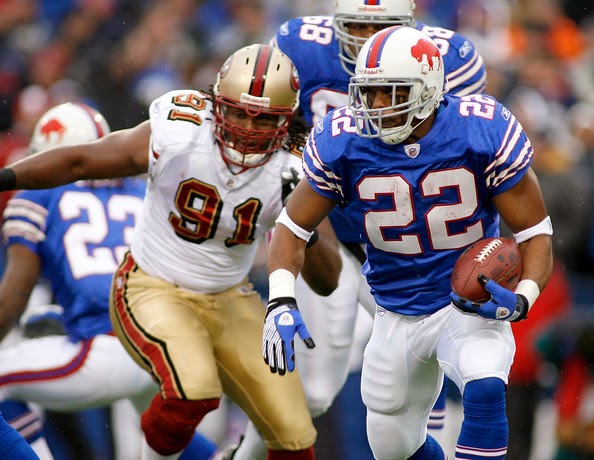 RB:  Nothing appears to have changed since last season. Fred Jackson will be getting the passing down and red-zone work, and now he'd also be sharing the early down carries on a regular basis . This development essentially makes him the de-facto lead back on a team that runs most of the time. I have him on most of my teams, frankly because his touches are too hard to pass up at his RB34 price.

CJ Spiller is finally past the ankle injury that hampered him most of last season but unfortunately he is in a scheme where his skill aren't properly utilized. His role in the offense has now been diminished so much that Buffalo is using him as their featured kick returner; he should have value if your league counts return yardage. He is also in a contract year; so if you drafted him already, you have to either play him as a flex and hope he pops off or stash him on your bench and wait for an opportunity. He's too talented not to be kept in a dynasty league. RB18 is far too high for this Clemson cat.

Here are some quotes from coach Doug Marrone, in regards to Bryce Brown:  "I think, in my mind Bryce Brown is a very talented running back that has the potential to start in the NFL . . . So I think what happens a lot, when he is in the game I think he is one of the better players on the field. So, his production is not surprising for any one of us."  I think Brown will get an opportunity sooner than later to be a productive fantasy football player. He's currently undrafted, if you play in a dynasty or deep league, stash him if you have room.

WR:  Mike Williams signed with his hometown team as a free agent and looks to be a good acquisition. He's the most experienced and best receiving option that the team has; and will get targeted often in the red zone. He's being overlooked in drafts but should be owned due to his situation.

Sammy Watkins got a lot of hype as he was the first receiver drafted, but he's not in a situation worthy of starting on your Paper Pigskin team.  He has been nagged with rib injuries in the early going and hasn't developed chemistry with Manuel. That said, the organization will find ways to get their worth out of him on field; it will probably be later in the season before he's valuable to you or worthy of his WR37 ADP.

TE:  Scott Chandler is a reliable target when Manuel throws in short yardage situations. However, the Bills don't throw often enough to warrant drafting him. 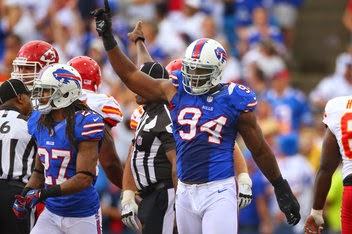 Def:  Bills’ defense doesn't look as strong as it did last year, especially after losing Jairus Byrd to the Saints, Kiko Alonso to injury and ex-defensive coordinator Mike Pettine to the Browns.

Posted by Darrel Wilson at 1:15 PM