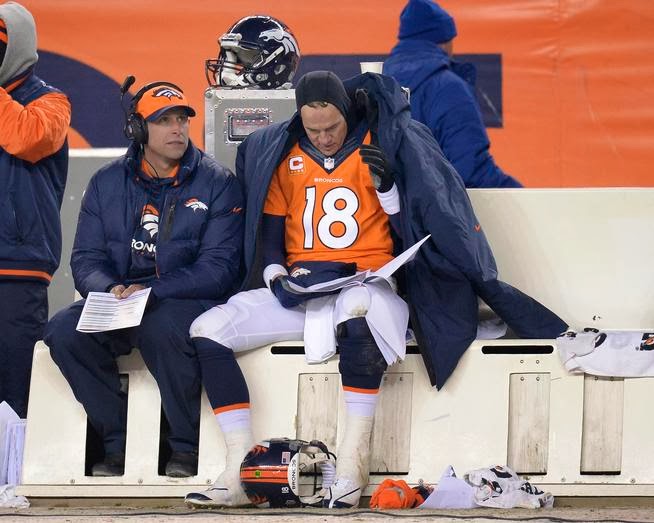 The Broncos were all over network television last season exhibiting their spectacular offensive prowess. More importantly, the Broncos being on TV allowed viewers to watch Paper Pigskin points accumulate at a high rate.  Interesting enough the team led the league in lost fumbles last season, so there’s actually room for improvement on their scoring output.


QB:  Peyton Manning has looked as sharp as ever and has more options to throw to than he did in last season's video game like performance.  The additions of Emmanuel Sanders and rookie Cody Latimer to an offense that already includes Demaryius Thomas, Wes Welker and Julius Thomas, Manning will have a plethora of pass-catchers who can all comfortably line up in different parts of the formation. I wouldn’t use my first round pick on him as I don’t believe he’ll finish #1 at the position this season.

RB:  There are many scribes who are predicting big things from Montee Ball.  The assumption is that with an improved defense and Manning already with endless passing records, that John Fox and OC Adam Gase will lean more on the run game. I’d be highly cautious with the expectations for a few reasons: 1) Ball was supposed to be the guy last season but couldn’t keep the job because of fumbling issues… 2) He’s not as good in pass protection as any of the tailbacks behind him in the formation… 3) Fox has a history of using a committee at running back, Moreno only received love because Manning felt secure with his protection.  His ADP is RB8, even though he presents high upside, I’ll pass on him there.

Ronnie Hillman got most of the work with the starters leading up to the season due to Montee Ball recovering from an appendectomy, and that meant putting in a little extra time with Manning.  Hillman has been on this team longer than the other backs and has shown the big-play potential the offense needs, especially as it looks to improve its impact on runs between the tackles against nickel and dime formations used to stop Manning and the passing game. He’s worth drafting in deeper leagues at his RB63 ADP
CJ Anderson’s name was floating around early in camp; he’s a solid back but only has value if one of the other two gets injured.

The guy you should have an eye on is undrafted rookie from Duke, Juwan Thompson, who has worked to earn his spot on the team. I don’t have any evidence of this but I can only imagine that Thompson was one of those Duke players that spend time practicing with Manning in the off season; Manning’s QB mentor is Duke’s head coach David Cutcliffe, and Manning spent extensive time rehabbing from surgery on Duke’s campus. 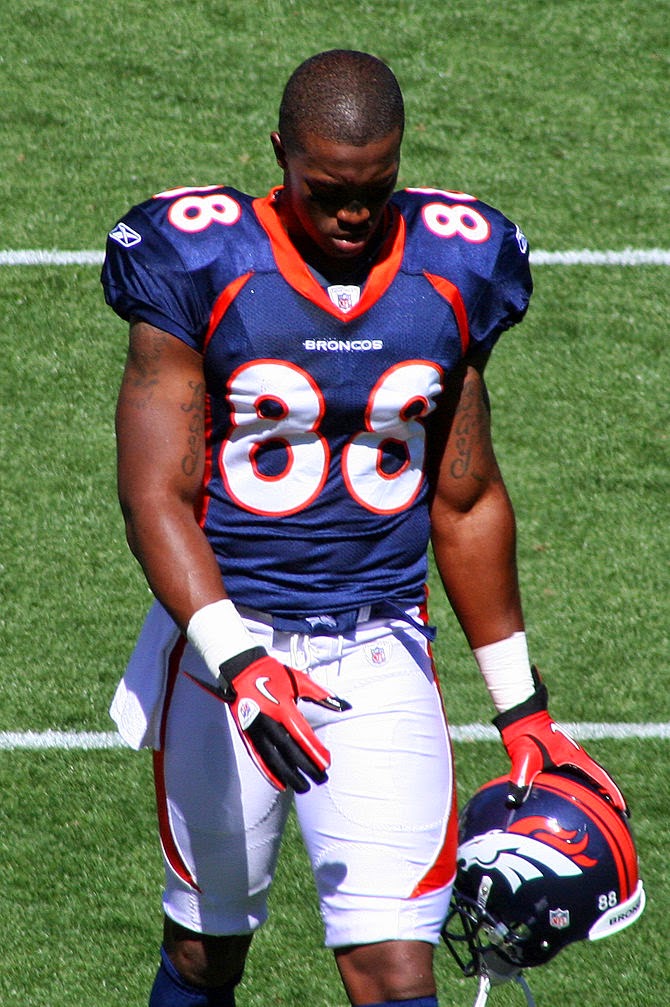 WR:  Demaryius Thomas is one of the elite wide receivers in this league and will be fed often per par for the course of his career. He has the running ability to take any reception the distance. His ADP is WR2; some think he’ll finish at the top, but if you’ve been following along in this series, you know what I believe.

Emmanuel Sanders was the free agent signing to replace Eric Decker. Sanders is shifty in the open field and has already developed the type of chemistry with Manning that could land him in top-20 WR zone.  His ADP is WR23 and trending up.

Wes Welker is the slot receiver on this Broncos team; Manning loves to throw across the middle which makes Welker a target maven and PPR beast. However, his fearlessness over the middle has subjected him to many hard hits. If he suffers another big hit, his career may be over. He’s truly a risk at his WR24 ADP. Either Andre Caldwell or Cody Latimer can pay dividends if Welker misses any time. 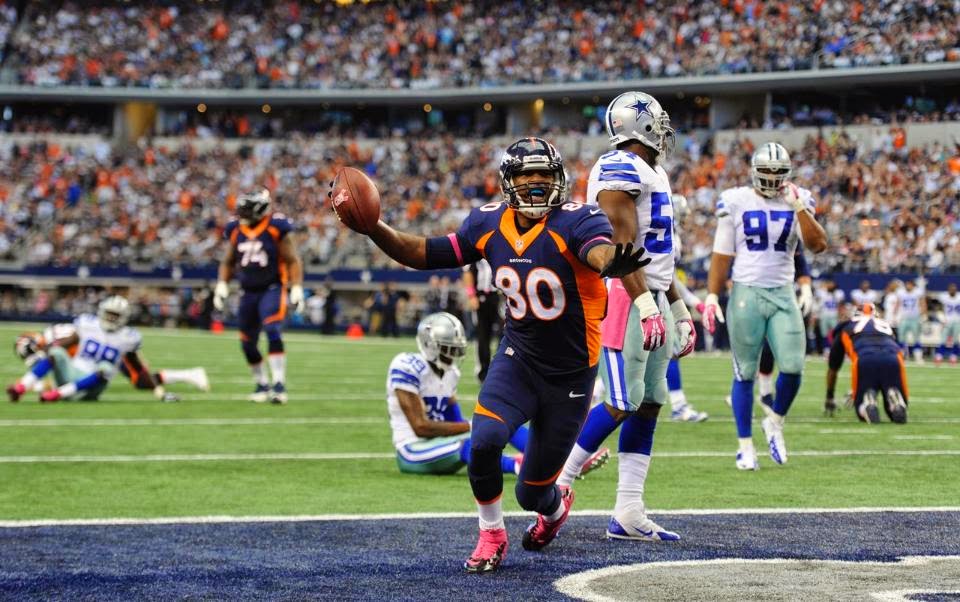 TE:  If you read this series last season, you would have reaped the rewards that I did on opening night when I had Julius Thomas in my starting lineup. The former basketball player will be the main beneficiary of Decker’s departure because of the increase in red zone targets he will receive. However, you’ll have to pay a hefty price for his production, as he’s going in the early third and sometimes late second round of most drafts at his TE2 price.

Def:  They improved the pass rush and the secondary with Spring acquisitions. The run defense was already one of the best in the league. They should definitely be a plug in and leave defense.

Posted by Darrel Wilson at 1:20 PM