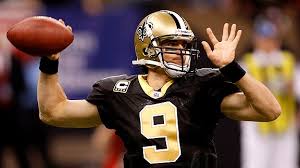 No offense has been as prolific as the Saints during the Sean Payton/Drew Brees era. This has been done without having an All-Pro at the running back or wide receiver position. However, they do have the best tight end in real and Paper Pigskin. Many try to copy but they just can't sketch it. Whatever the formula, Payton provides nice flavor with minor adjustment to the measurements from year to year. What's added to the recipe this season?


QB:  I don't think there's anything that I can tell you here. The gospel of Breesus is well known. He has thrown for five racks, three seasons in a row. With youth and speed now infused in the wide receiver core, I can easily see an improvement on 2013 yardage totals by the means of more vertical routes. With improvements made to an already top 5 defense, there's no need to force throws into coverage and he may be able to top a 70% completion percentage. The only decision made here is if you're brave enough to make him the #1 QB off the board. If given the choice, I would.

RB:  Pierre Thomas led all running backs with 77 receptions in 2013; his backfield buddy Darren Sproles caught 71 balls. Over the last three seasons the Saints led the league in running back targets, the other two RBs who will get touches aren't known for their hands, so who else should eat some of those Sproles targets? Are you following me? Thomas wound up with over 1,000 yards from scrimmage last season. His ADP is RB31, you better reach about 8 spots if you want to take advantage in ppr leagues.

This looks to be the year Mark Ingram shows why he was chosen in the 1st round 4 years ago, 44 carries for 249 yards in his last 4 games that counted. Ingram has a ton of value at his current 13th round ADP; he will likely be the "starter" as the top early-down and short-yardage back. I really can't grasp the allure of Khiry Robinson who is being drafted a full 2 rounds before Ingram with a RB42 ADP. I get the sense that carries will be split equally between the two early on, but the Saints may prefer more of Ingram to get the most out of him in his contract year. 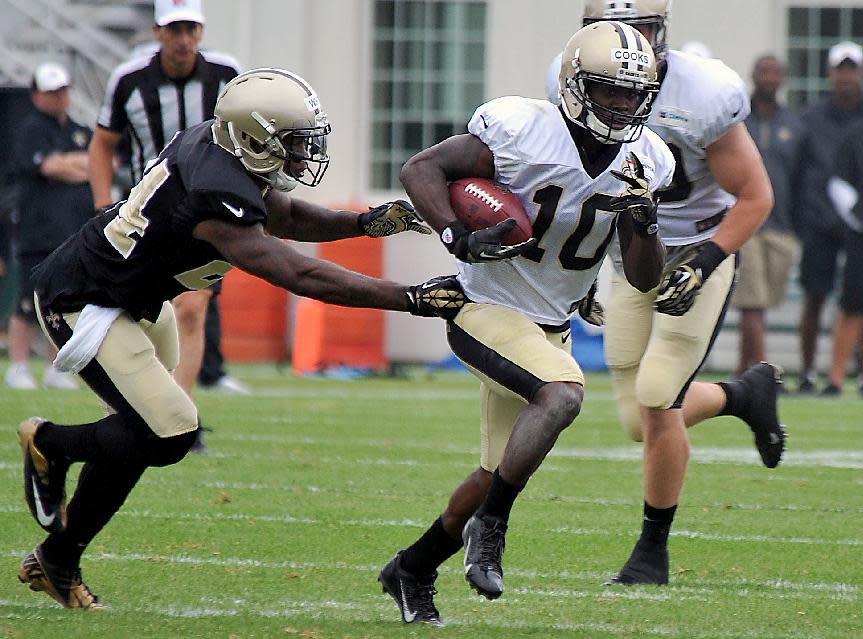 WR: In a typical year, there wouldn't be a recommended receiver other than Marques Colston but it seems to be trending differently. Colston posted a 48-601-4 stat line over the final eight games of the year, and appears to be fully recovered from the foot injuries that limited him last season. I wouldn't be surprised if he reclaimed his spot among the top 15 wide receivers this season; his ADP is way down there at WR29. Kenny Stills led the NFL in yards per catch last season, albeit he only had 32 receptions; he's one of only three players since 2009 to average 20 ypc with at least 30 catches. WR52 is great value for the #2 receiver on this team, he's being overlooked. Brandin Cooks, on the other hand, is getting all of the buzz and has been anointed by many observers as the star of the Saints camp. I mentioned earlier that Sproles' targets have to go somewhere, Cooks is going to work out of the backfield and in the slot for Sean Payton. His price tag is WR37 and rising. He's a must own in return yardage leagues. Robert Meachem is on deck as well.

TE:  Jimmy Graham is the Don Dada of NFL tight ends and also, the most dominant fantasy football asset at any position. The hardest choice is if you're selecting him with your mid first round pick, another top non-rb, or a 2nd tier rb. 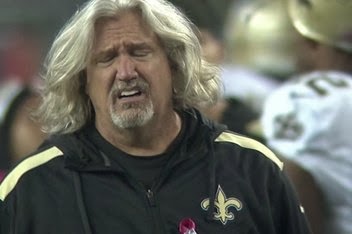 Def:  Rex Ryan turned this unit into a top 5 fantasy defense. They can even get better with their off season acquisitions.
Posted by Darrel Wilson at 5:30 PM