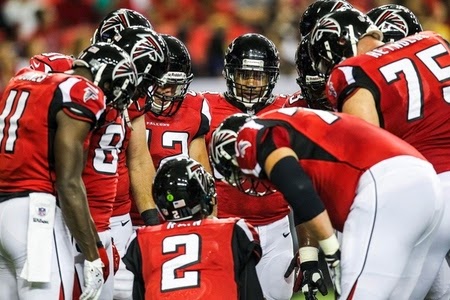 The Falcons, a team that had been known in recent years for putting up impressive numbers, took a step back in the standings last season; they also were a disappointment for Paper Pigskin Point production.  Injuries were a main factor in all areas, but so was their defense; if you can't give the ball back to the offense, then the offense has fewer opportunities to put up numbers. The main offensive threats are back but Tony Gonzalez's retirement will hurt more than pundits think.

QB:  You really can't blame Matt Ryan for the team's woes.  Ryan had a career high in pass attempts and remained accurate, completing over 67% of his passes; even though he was missing his top wide receiving options, he threw for over 4500 yards. Without the dependable GOATTE, I expect the accuracy to go down slightly but the offense should be more wide open as they increase the amount of spread sets to help compensate for Gonzalez's loss. We can possibly see a 5,000 yard season from Matty Ice; A QB9 ADP seems about right but there's no reason to not pick him around #5. RB:  Steven Jackson was brought on last season to enhance the offense by converting goal line carries to scores and salting out the clock at the end of games. However, he injured his hamstring early in the 2nd game of the season, missed four games then was just mediocre after his return.  The optimist in me says S-Jax will have a bounce-back season, as he takes advantage of opportunities that the passing game affords him.  The pessimist says that he'll be nagged by injuries throughout the season and disappoint those that take a chance on him. Jackson is a good guy and an easy person to like in real life but the truth of the matter is he's not the same player he used to be, and we could (should) see a changing of the guard in Atlanta. The Falcons might take care of their investment in the regular season to keep him fresh in the playoffs by spelling him often. He's a good investment later in the draft at RB31 because he has a high ceiling.

Jacquizz Rodgers and Antone Smith are the next two on the depth chart.  Rodgers was expected to pop last season after Jackson went down but didn't do much with his touches; he should only be drafted in deeper leagues. Don't waste your time on Smith.  However,  Devonta Freeman is a favorite of mine. He can explode out of his cuts, and he has the balance to keep his feet after contact. We could see Free play a much larger role on this team than some think due to his ability to catch the ball.  It might take some time though, because you can't get on the field as a running back unless you do well in pass protection.  Free should be a no-brainer pick in dynasty leagues and is worth room on your roster if you can afford to stash him.  In the event Jackson goes down again, Free will be a high waiver priority; his ADP is RB47. 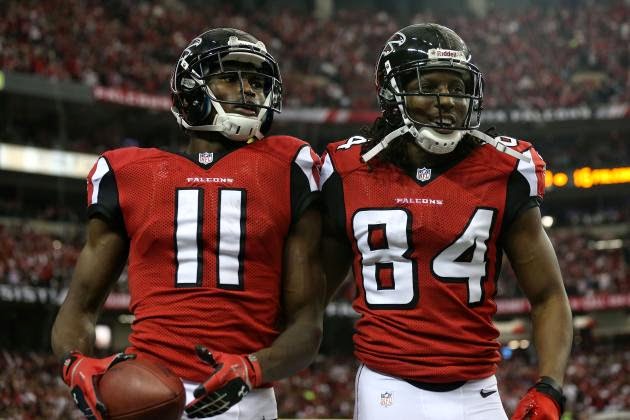 WR:  Julio Jones can possibly stake his claim as the elite WR in the NFL.  Before he got injured last season he amassed 41 receptions for 580 in just 5 games.  Ryan targeted  him 12 times per game, part of that was because Roddy White was hobbling but for the most part, a quarterback knows how to butter his bread and Julio Jones is just THAT GOOD!  He should see those same amount of looks this season because Tony G isn't in the building. His ADP is WR6, but I have him rated as the 3rd best this season. Do what you want with that statement.

Roddy White is being overlooked in drafts this season; his WR17 is indicative of that, but to me he is still that dude.  While Julio beasts up with the big plays, Roddy is going to gobble up mostly everything underneath as the main benefactor of Tony G's absence.  It's quite possible he can post over 100 receptions this season as a possession receiver, if I can even call him that. He's surely still a WR1 in PPR leagues.

TE:  There's not much I can say to hype Levine Toilolo except for that he still has a good relationship with his mentor, the GOATTE. He's 6'8" and should get looks in the red zone.  He's not on many draft radars but should be on your watch list if Gonzalez rubs off on him any.

Def:  Was one of the worst units in the league last season. I wouldn't trust them, I don't even see a place on the schedule to add them to a stream.

Posted by Darrel Wilson at 5:46 PM